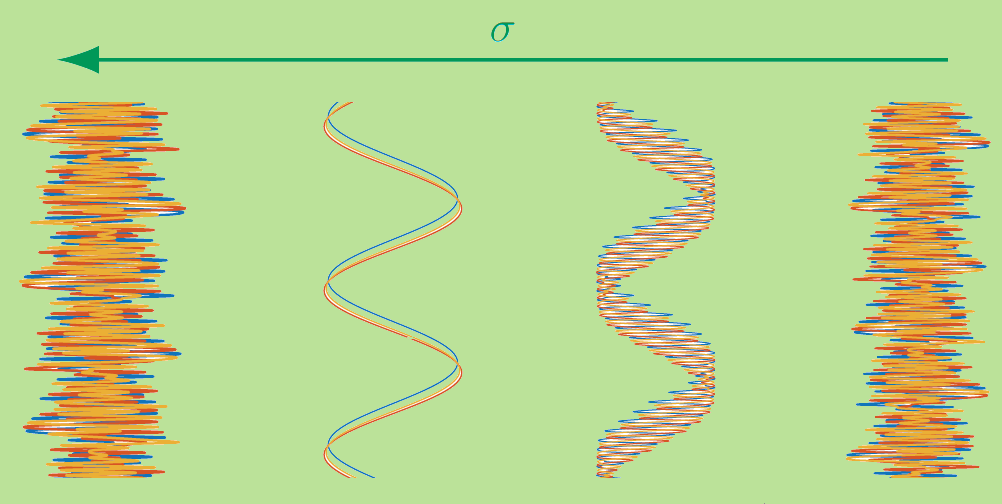 We show that disorder in the form of random oscillator heterogeneity can consistently rescue networks from losing synchronized rhythm. This suggests that, rather than being eliminated or ignored, intrinsic disorder can be harnessed to help maintain coherent dynamics in technological and biological systems.

A fundamental and widely held assumption on network dynamics is that similar agents are more likely to exhibit similar behavior than dissimilar ones, and that generic differences among them are necessarily detrimental to synchronization. Here, we show that this assumption does not hold when communication delay is introduced in a canonical model of agents exhibiting limit-cycle oscillations. We demonstrate, in particular, that disorder can consistently rescue oscillator networks from losing synchronized rhythm and spiraling into high-dimensional chaos. Remarkably, at intermediate levels, random mismatches are far more effective in promoting synchronization than differences specially designed to facilitate identical synchronization. Our results suggest that, rather than being eliminated or ignored, intrinsic disorder can be harnessed to help maintain coherent dynamics in technological and biological systems.

Below is a short animation demonstrating the key finding of this study. It shows the dynamics of four systems of delay-coupled Stuart-Landau oscillators, which are identical to each other except the amount of disorder in the system. The systems with no or strong disorder both lose synchrony and become incoherent; systems with intermediate disorder, however, are able to maintain a synchronized rhythm indefinitely.